As the calendric transition into 2014 draws nigh, many of us go through some of the highlights (or lowlights) from the past year. This year brought with it some absolutely wonderful things.

First on my list is the "Behind the Myths" stage show that my wife and I went to a few weeks ago. This was the second tour they did for this show and it finally rolled into a theater near me. In this case the State Theater in downtown Minneapolis. 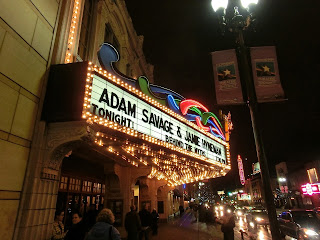 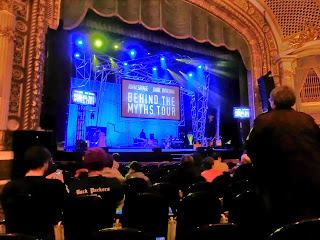 Before the show - they had some promo vids for the upcoming season of Mythbusters as well as some info about the Tested.com website. 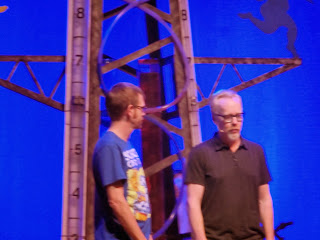 I got the chance to go up on stage - they wanted an "athletic" type to participate in one of their demos. I  wish I had brought something for Adam to sign while I was up there. Oh well... 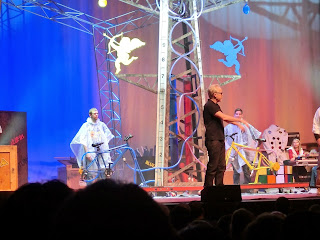 I'm not going to spoil the actual demo, but you can get an idea of what it was based on these photos. 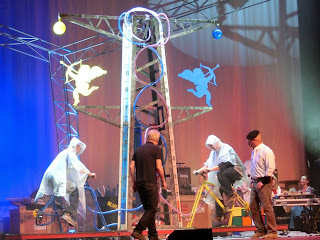 I have no idea what Adam and Jamie were telling the audience at this point - I was trying to pedal and the poncho was blocking my hearing. 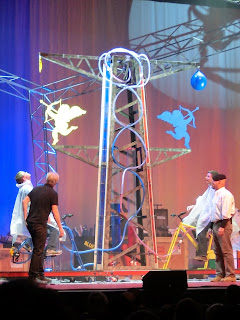 I ended up "losing" the contest. But getting drenched with a water balloon onstage with Adam and Jamie was appropriate on many levels. 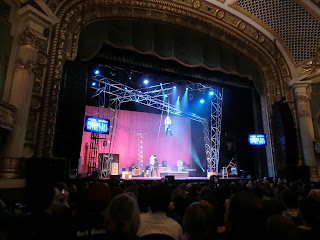 Demonstrating phonebook friction. I have been meaning to blog/demo this idea for a while now. 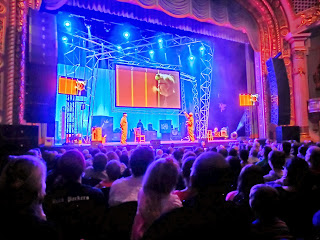 Some of the slow-motion demos they were doing. They were using a camera manufactured by the same company (NAC) as the one we have here in our department. 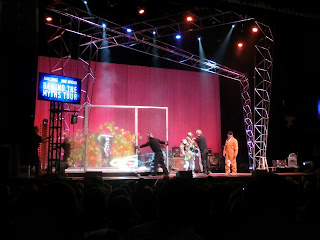 The show finale included a lot of paintballs. And a volunteer/target suited up in plate armor. Notice the person-sized gap in paintball spatter on the lexan shield.

All in all it was a great show. As a science educator/communicator, there were things I thought they could have done differently/better, but that didn't detract from the overall quality of the show. It was, after all, first and foremost entertainment. It also is a promotional venue for Mythbusters and Tested.com - so there are the obligatory commercial aspects that accompanied the show itself - both in terms of show clips and merchandise.

The central theme of the show was a fascination with the nature of science. Experimentation, data collection, testing ideas, and verification. But also a love of the process and of the physical world around us. They also emphasized how their show had a positive impact on people who had traits on the Asperger's Spectrum - something that I've heard them mention before. It reminded me that these kinds of shows can serve as the gateway to learning.

They don't have the depth and breadth that are really necessary for a full education, but they get people excited about the concepts. This excitement develops the internal motivation for further learning. And given the emphasis on external motivation in our educational system (like federally mandated testing), programs that encourage students to learn for themselves are important.
Posted by Unknown at 2:16 PM