I spent what little good light we have during these fall days shooting some slow-motion footage of bursting water balloons. But I went for a more dramatic approach:

WaterBalloonGlissando from Matt Kuchta on Vimeo.


I've dropped balloons onto thumbtacks, stuck them with needles, even shot them with BBs. But there's something absolutely amazing and vaguely disturbing about using a straight razor. It also marks the first time using my new C-stand. It's just about the best thing ever to hang the balloons, or hold on to the razor and throw balloons at. They also make excellent blast shield (1/4" to 1/2") plexiglass holders for protecting the camera from flying debris. 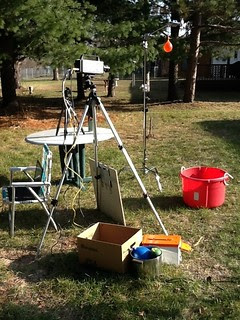 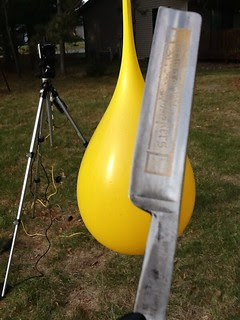 The demon barber of water balloons...