The Physics of the Supermoon

Okay, I was going to try and post this last night, but there was some strange force pulling me away from my computer. It seems to have subsided, and I can now present to you the basic math & physics behind the super moon. Greatly simplified, but detailed enough to show the primary forces and stresses at work (adding more detail would not yield drastically different values in terms of magnitude). 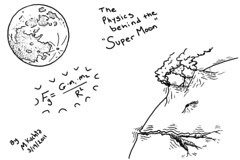 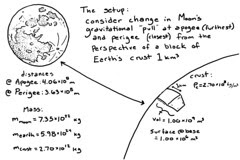 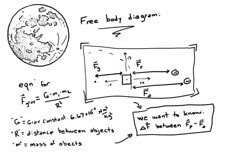 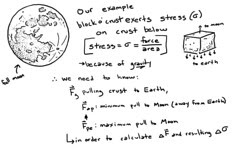 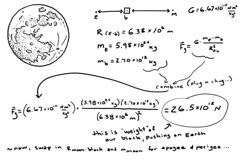 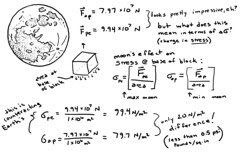 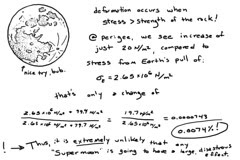 So, to sum up. There is a calculable difference in gravitational pull by a moon at perigee. But the sum-total of the changes produce just a few thousandths of a percent change within the first kilometer of the crust. As you get deeper, the internal forces from the Earth quickly grow and the external influences from the moon quickly recede. No system that isn't "on the verge" (that is, any tectonic system that will likely fail soon anyway) is very likely to do much.

Also, check my pictures from yesterday for a desktop wallpaper-sized image for your very own...
Posted by Unknown at 10:17 AM