It's now been a full week since our Spring Break. And in that time, many people have commented about our big "Seekrit Projekt." Kelly blogged about it, Neil managed to get in to town and see it, too.

Sometimes big things come out of small comments. In this case it was a thought I mentioned aloud to Kelly McCullough a few months ago. My idea was to build a large Elephant in out of snow in Neil's yard. Since Neil has been away and very busy, I felt he needed something a little more bizarre to come home to. But Kelly had another thought - a giant dragon. Using existing landscape features. It would end up being over 220 feet long and require five days of construction. With the help of many volunteers (including our ever-patient and understanding spouses), we put in over 40 hours of snow moving.

Here's what I sketched up at the start: 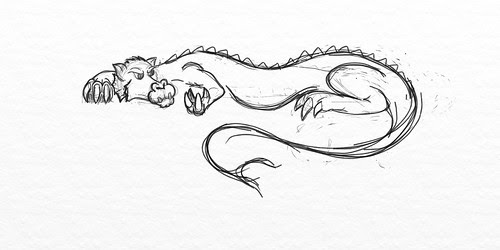 Then we walked the general shape out and Kelly spent a couple of days using a snow blower to move lots of the snow. We got towards the end and made adjustments to the head, which required a re-design, since the original dragon was too much "monkey" and not "asian dragon." 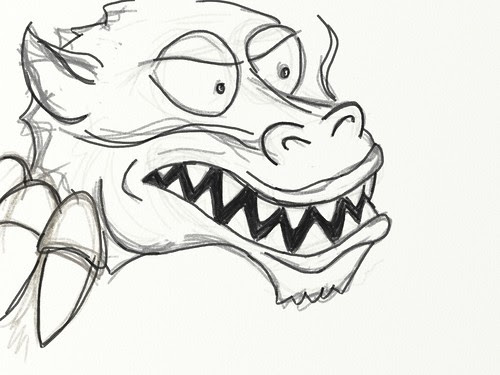 Of course we had to take pictures. But not only did we get some fun pictures, I set up a time lapse camera to record the entire process. Here's the video link for those that can't see the embed.

Building the Snow Dragon from Matt Kuchta on Vimeo.

Having graduated with a double major in Geology and Studio Art, I sometimes have these competing whims. As a geology professor, I have great opportunities to indulge my geologic curiosity. Having friends with wild imaginations, motivation, and a knack for the silly was a great opportunity to make some Art over spring break. 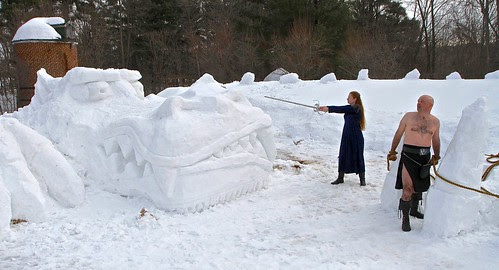 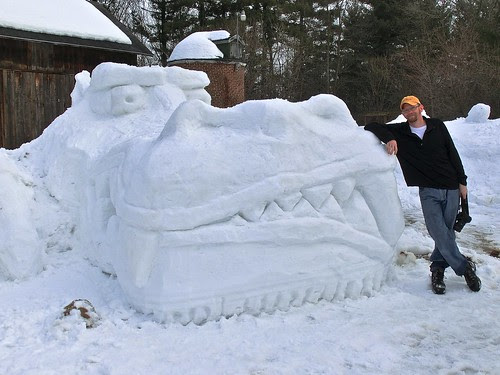