This has been a very wet summer for western Wisconsin. I was down in one of the local creeks, and noticed that there were many new bedforms in the sand on the creekbed. I saw that the sand bars at the mouth of the river were about ten inches above the water in the creek. 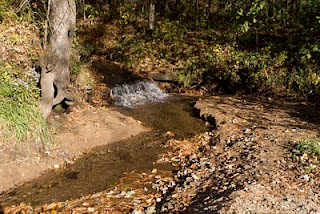 Our heavy summer rain helped dump a whole heap of sand into this little tributary stream. It flowed down to the big river, which was also swollen with extra rain. So the "base level" of the stream was higher during the summer. Now that the extra water has flowed away, the river level - and thus stream level - is lower. The "base level" of this little tributary stream has dropped. And as such, it will tend to carry sediment away towards base level. Ultimately, all rivers' "base level" ends at the sea. Although even this is a little misleading, since there are huge undersea canyons that act as weird fluvial systems in their own right. Check out Clastic Detritus sometime, as he often talks about submarine canyons.

I just think I'll share some photos I took while I was there. Consider it a study of the intersection between the landscape, fluvial geomorphology, and art... 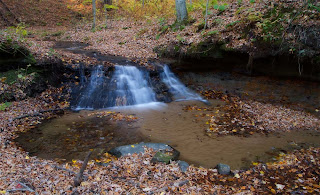 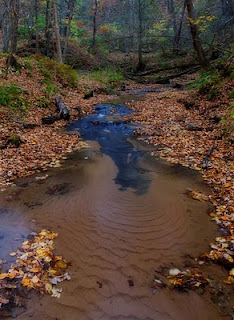 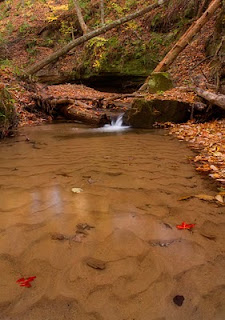 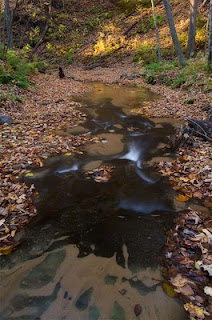 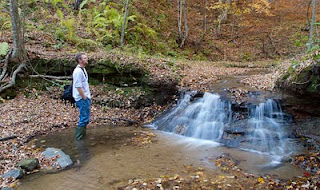 Email ThisBlogThis!Share to TwitterShare to FacebookShare to Pinterest
Labels: back yard, base level, streams