Something a little more light-hearted this time...

My author pal Kelly McCullough and his wife have a tradition of getting all kitted up and taking their anniversary picture somewhere interesting. They've appeared in formal dress in Glacier National Park, Los Angeles, the San Diego Zoo and other places. Last year I took a nice posed portrait. This year, however, they went for action. So with the help of Neil Gaiman's trampoline, his white german shepherds Lola and Cabal. 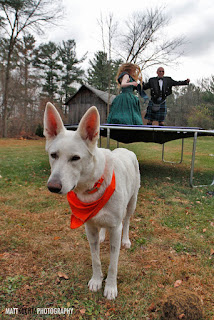 I set up some off-camera flashes and they became, as Neil described, "The Fabulous Flying McCulloughs" 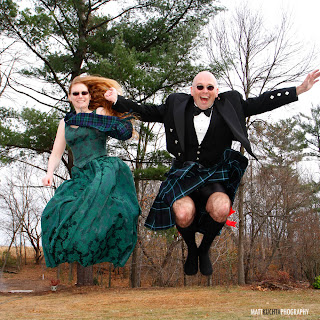 One of the things I like about my friends is they're willing to be goofy and willing to give me opportunities to scratch my photography itch.

My wife and I have our 8th anniversary today. We're going out to eat at a local Fancy Restaurant (tm). I'm looking forward to it - she gets more awesome every year.