Aydin over at Snail's Tales posted the "Interesting Animal" meme. Considering how long it's been since I updated, I'll entertain the brave souls that occasionally check this site with something to read:


An interesting animal I've had:
For several years, our family had a pet Eastern Tiger Salamander. 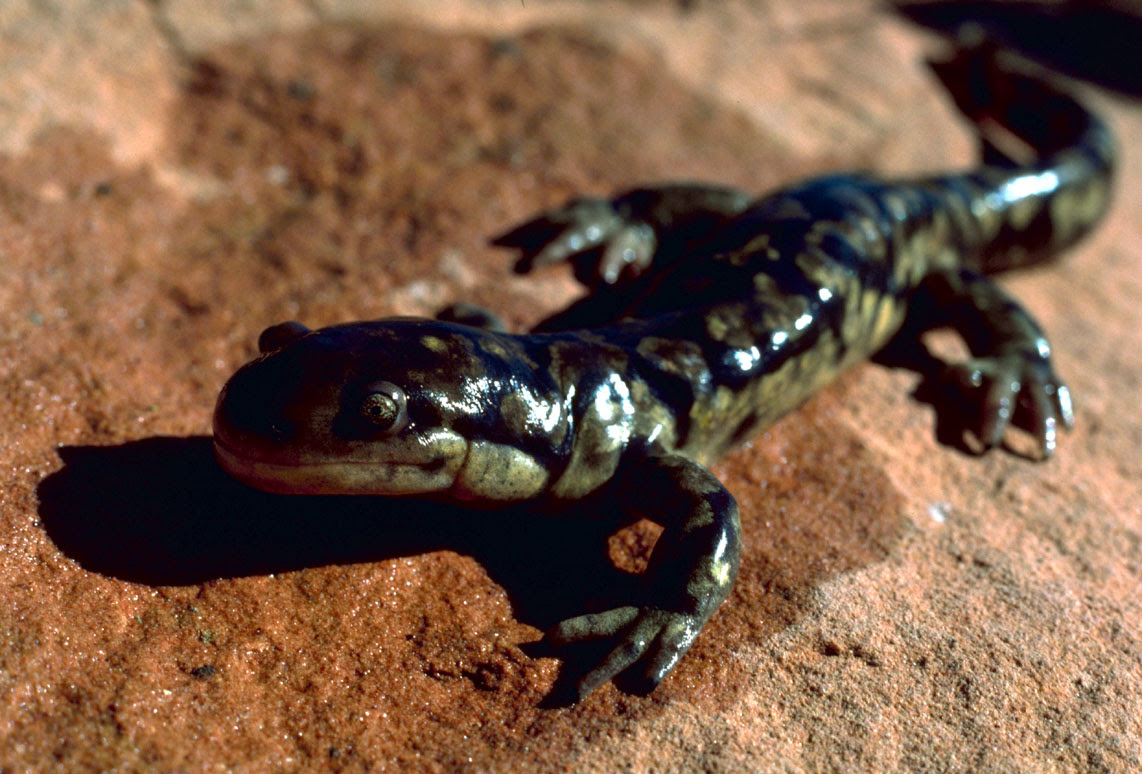 His name was "Coco" (my little sister named him) and he lived with us for nearly 8 years. He loved earthworms, crickets, and mealworms. He also liked being stroked on his back (provided you wet your finger first). We assume it was a "he" because of the swellings at the base of his tail every spring. These animals are threatened in much of their range. While not state or federally protected, loss of wetland habitat is a significant threat to these cute little buggers. Ours was a rescue from one of my dad's co-workers at the Wisconsin DNR. Coco had fallen into their swimming pool, along with a few other hatchlings from that year.


An interesting animal I've eaten:
Last year I was at a conference in Philadelphia. I ate frog legs. They tasted like fish and were very greasy. I wouldn't eat them again, but I figure I have to try different things now and again. I can be a picky eater and get stuck in a food rut sometimes.

An interesting animal in a museum:
Where to begin? I worked for several years as a PA in the UW Geology Museum and I've met hundreds of interesting animals. Perhaps the most interesting, however, would have to be our collection of Burgess Shale fossils. My favorites, are probably Marella splendens, Burgessia bella, and Anomalocaris. Being able to actually handle these fossils and then use them for reconstructing the animals (I'll have to post the drawings sometime) was really fun.

An interesting thing I've done with/to an animal:
As PA at the museum, I've had the opportunity to work on several exhibits. Including painting this full-size cast of the skull of "Stan," one of the most complete T.rex skeletons ever found. It was a real treat to put my artistic talents to use to paint this thing. And provided me a unique perspective on the skull of these large predators, too.

Tags: well, I guess if you read this and you haven't done this meme - you're it.
Posted by Unknown at 11:41 AM